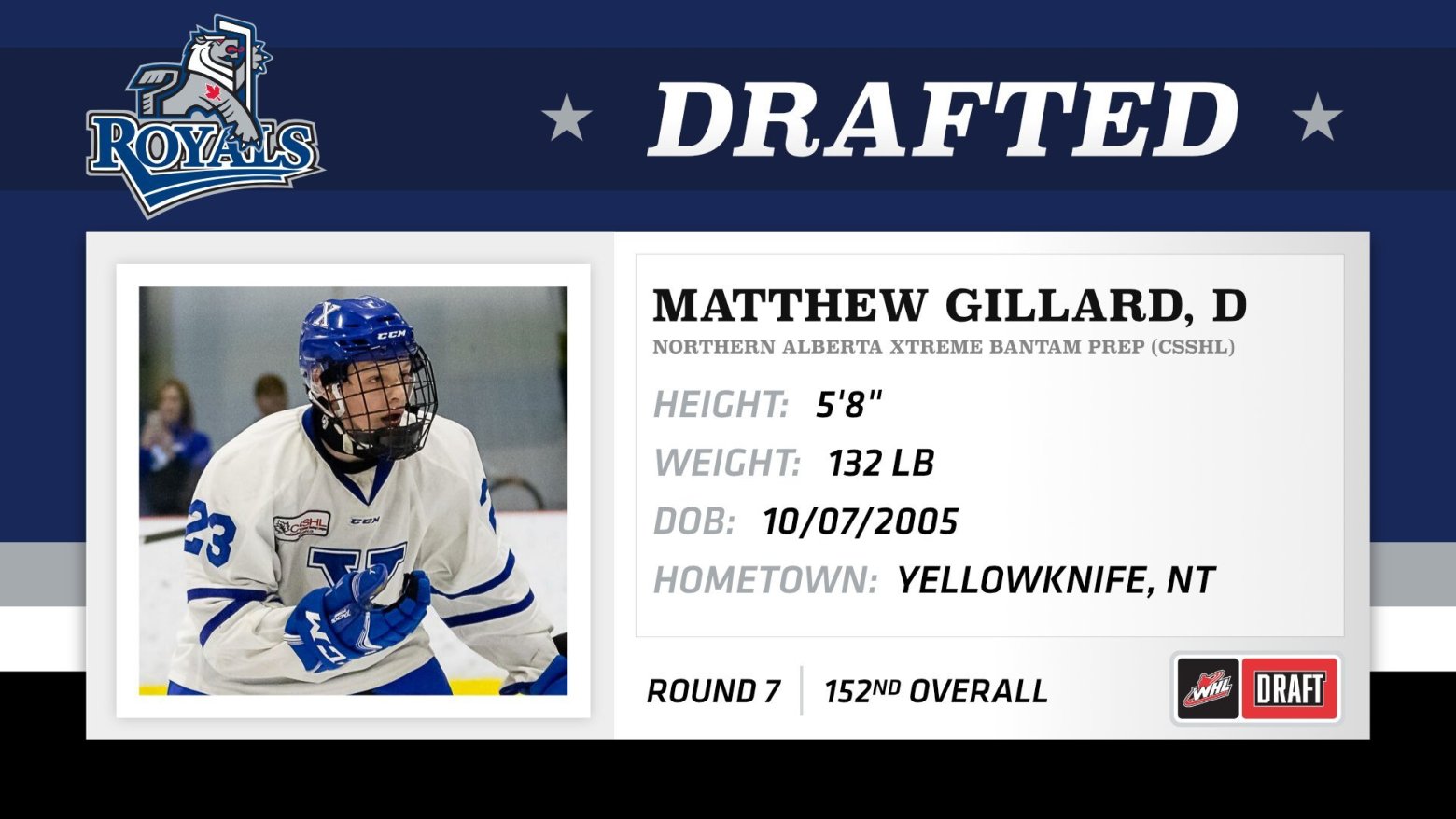 Yellowknife 14-year-old Matthew Gillard was selected in the seventh round of the WHL bantam draft by the Victoria Royals on Wednesday.

“This was my first year being exposed to scouts and I’m proud to have been picked,” he told NNSL. “I had no preference on where I wanted to go.”

Gillard was one of 11 players from the same academy drafted in the opening seven rounds on Wednesday, and the only NWT representative.